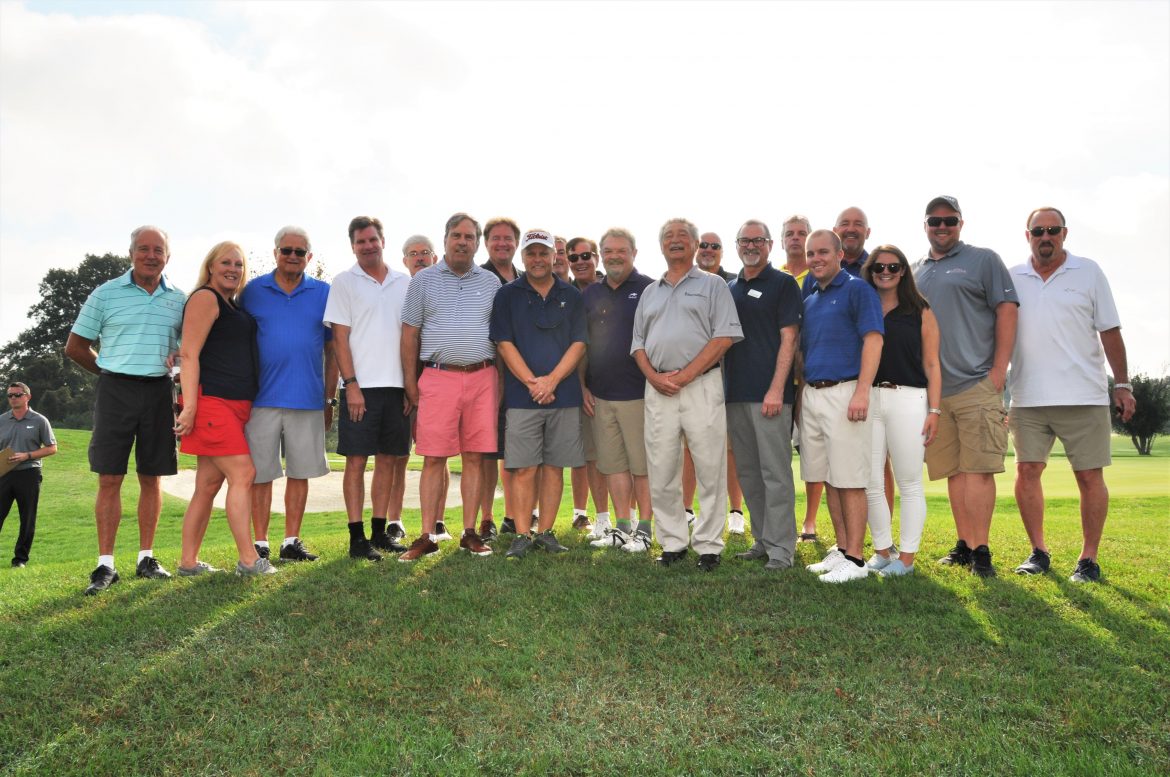 With the abundance of golf tournaments offered around Chesapeake Bay, an avid golfer could sign up for one for every week of the season.

While that’s great for golf fans, it presents a challenge to Hospice of the Chesapeake’s Golf Committee. And it’s a challenge they get better at every year.  This year, a long list of sponsors and more than 220 golfers helped raise around $144,000 for the nonprofit that serves Anne Arundel and Prince George’s counties, $6,000 more than last year. And more than seven times what was earned 16 years ago.

No doubt the venue and a day filled with food, drinks and giveaways helped to make the day another record breaker. Held Oct. 4 at Queenstown Harbor Golf Course, the tournament offered foursomes goodie bags brimming with gifts and hospitality that began with an omelet bar in the morning, oysters and shrimp with grilled lunch at the turn and an awards banquet to cap off the day.

The presenting sponsors were First National Bank and All Green Management, Inc., with co-sponsor Carpet and Wood Floor Liquidators. 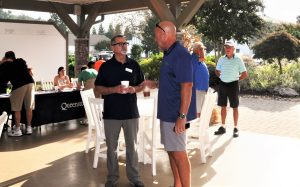 Hospice of the Chesapeake’s President and CEO Ben Marcantonio talks with Golf Committee member and Green Point Wellness owner Tony Toskov before heading to the links. Photo by Holly Frye-Atcherson 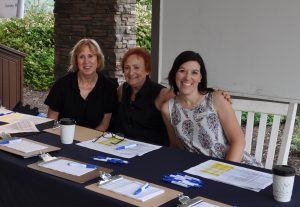 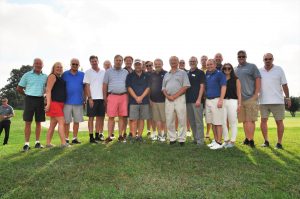 Hospice of the Chesapeake’s Golf Committee stands on a knoll near the clubhouse before the start of the tournament. Photo by Holly Frye-Atcherson