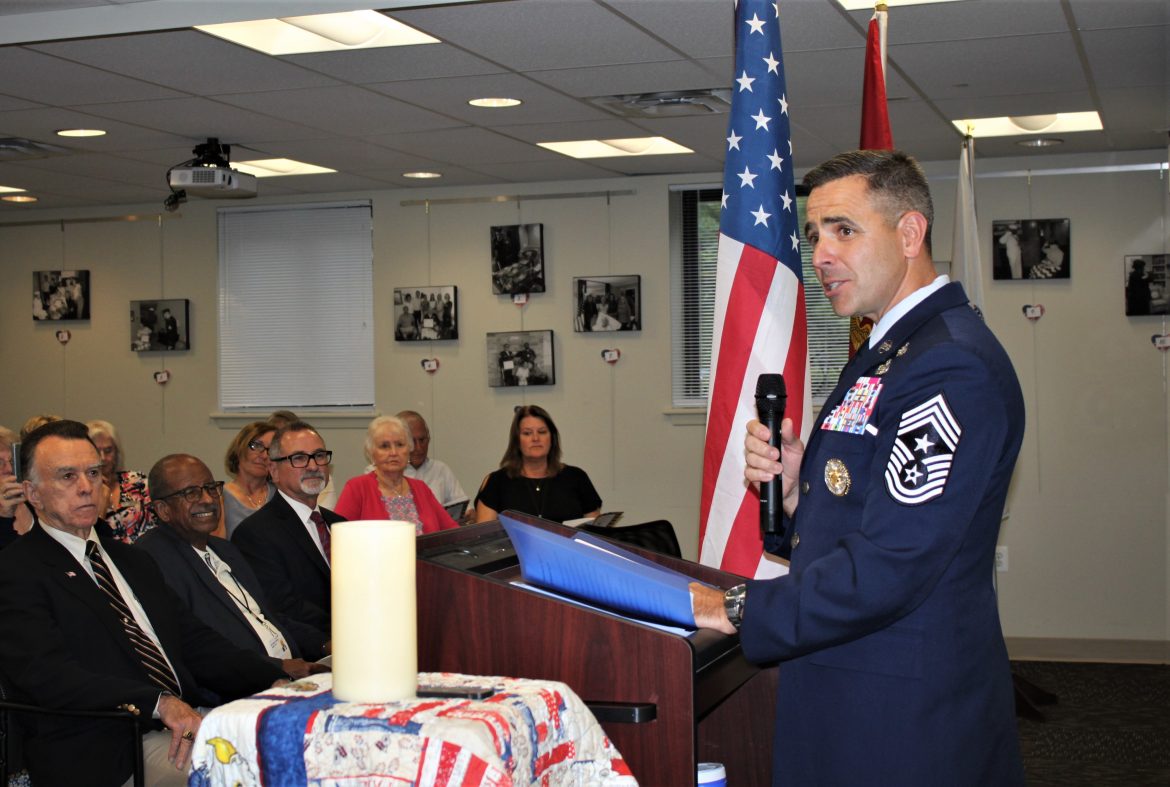 Storytelling took the spotlight as the military service of 21 men and women were celebrated at the sixth annual Unveiling of the Veterans Tribute Wall held Aug. 8 on the Hospice of the Chesapeake’s John & Cathy Belcher Campus in Pasadena.

Each of these veterans is now represented on the Veterans Tribute Wall which hangs in the Chesapeake Bay Room in the administrative building on the campus. The wall features photos of veteran patients during their Honor Salutes, a ceremony recognizing and thanking them for their service to our country. It is a rare treat that a living veteran is able to participate in the unveiling of his own Honor Salute photo during the event, but this year, there were two such honorees: World War II Army Veteran John Hennen of Pasadena and Korean War Navy Veteran Raymond Poole of Bowie.

During the event, guests first enjoyed dinner donated by Cafe Mezzanotte, Carrabba’s Italian Grill, Harris Teeter, Mission BBQ and Safeway followed by a moving ceremony that included Honor Salutes from active duty service members led by Air Force Chief Master Sgt. Benjamin “Jake” Higginbotham, the Defense Intelligence Agency’s command senior enlisted leader at Joint Base Anacostia-Bolling. Higginbotham also reflected on his own experience performing dozens of Honor Salutes, saying that the largest impact he felt through the program was his perspective on life, changing the way he views both life and death. “It has taught me that the end can be just as emotional and beautiful as the beginning.”

Most moving of all, though, were the words of love and pride that came from the family members who attended the event, as they remembered their loved ones and shared poignant stories of how their parent, sibling or spouse had served.

The unveiled photos will replace the photos that have been on display since last year. The photos from 2018 will be given to the family of each of the honored veterans. 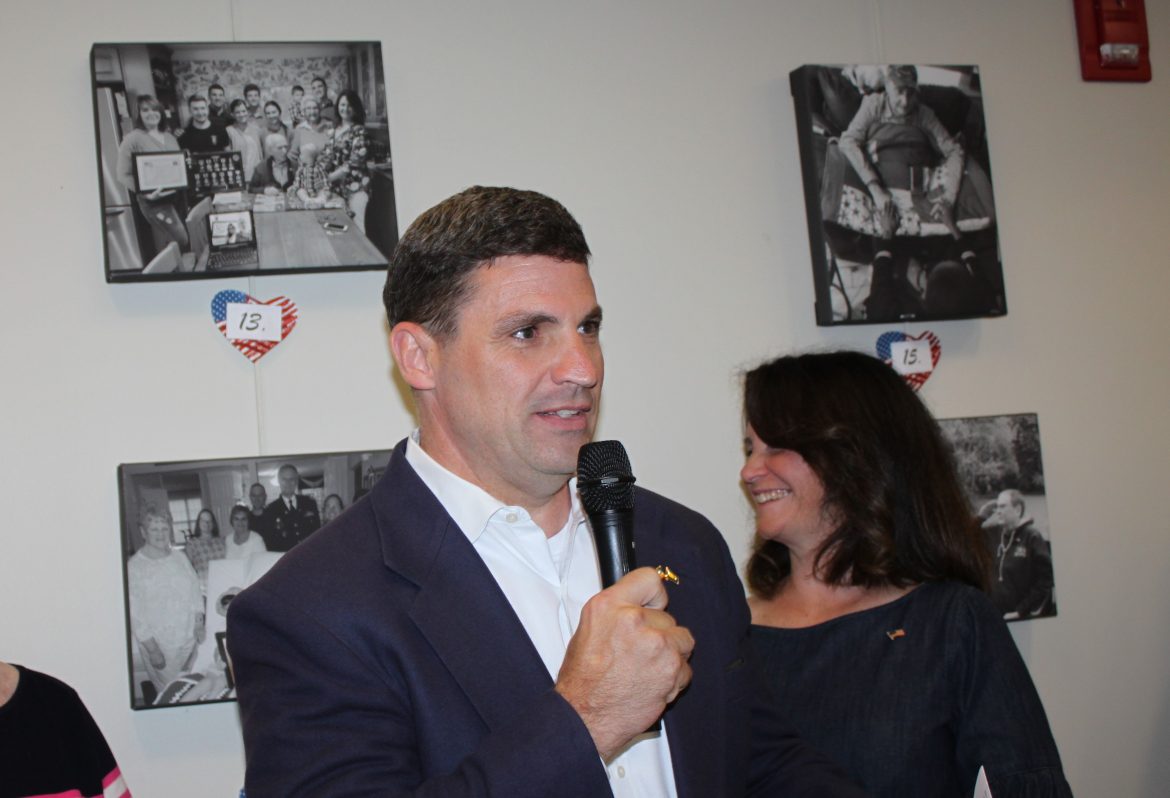 State Sen. Douglas Peters who represents District 23 in Prince George’s County, spoke on behalf of his wife for her father and his father-in-law Richard Kott. Kott served in the Coast Guard from 1946 to 1950 and then in the Air Force from 1953 to 1975. 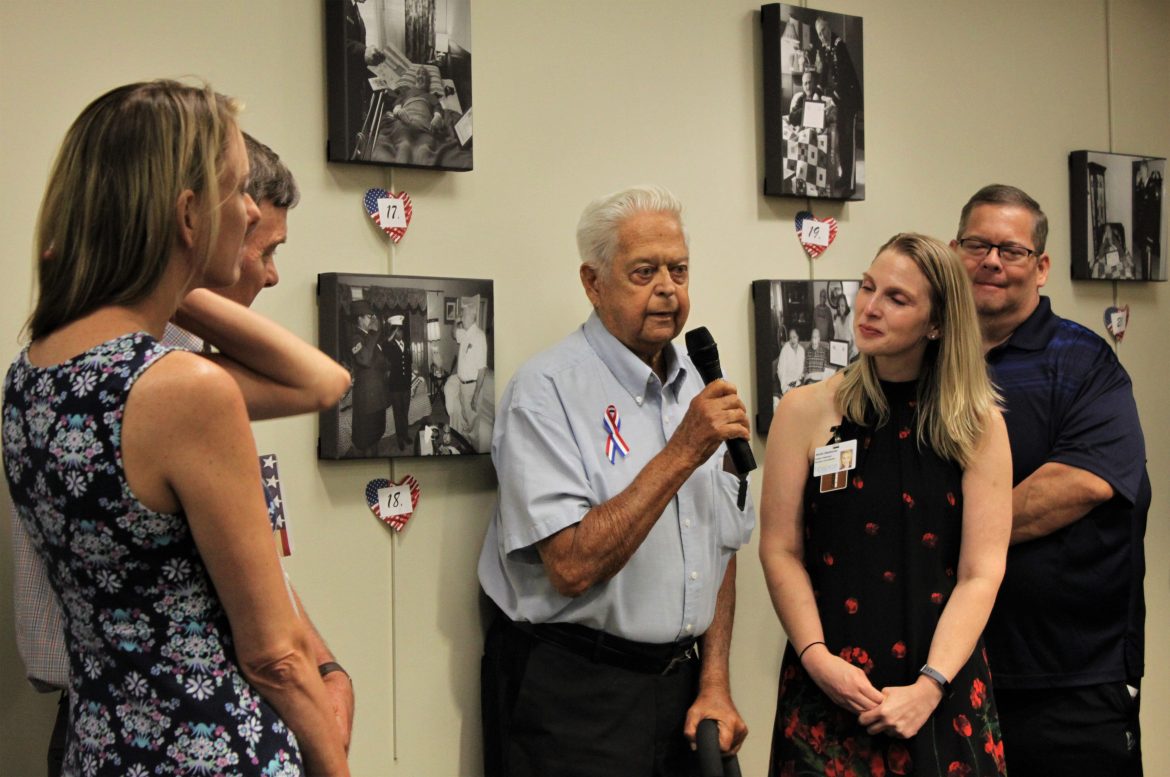 bute Wall honoree Navy Veteran Raymond Poole of Bowie shared stories from his service which included the Korean War and being elbowed several times at a crowded USO event by Joan Crawford. 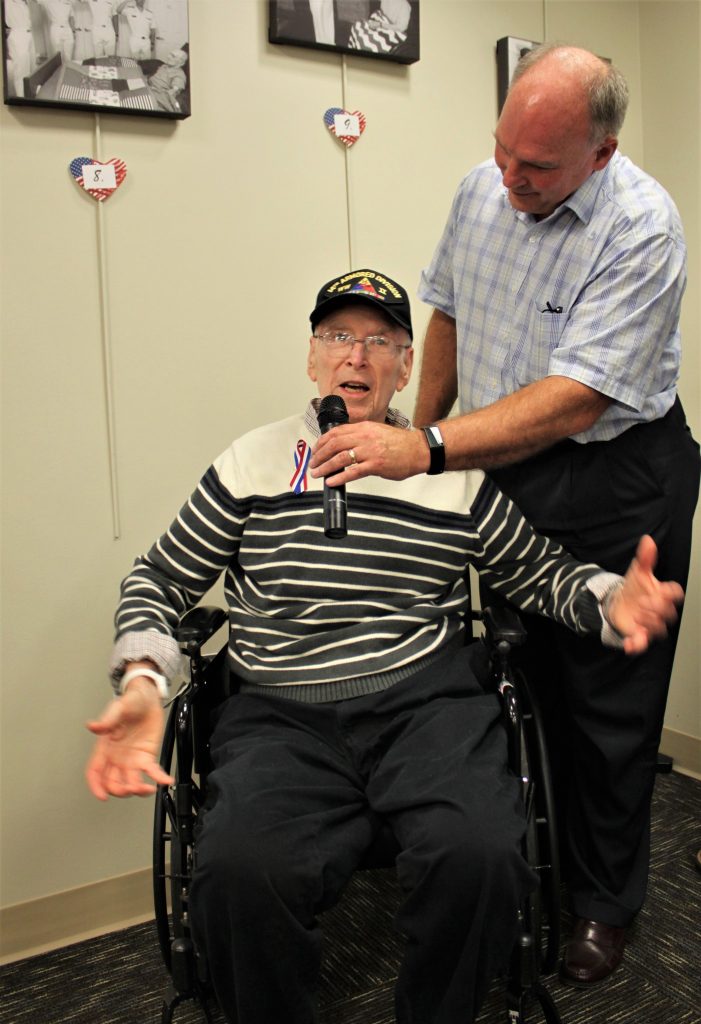 After Tribute Wall honoree John Hennen’s son, Scott Hennen of Pasadena, asked his father if he wanted to share about his experience in World War II, the Army Veteran responded, “Really?” Suddenly animated, he shared numerous stories with a happily captive audience. 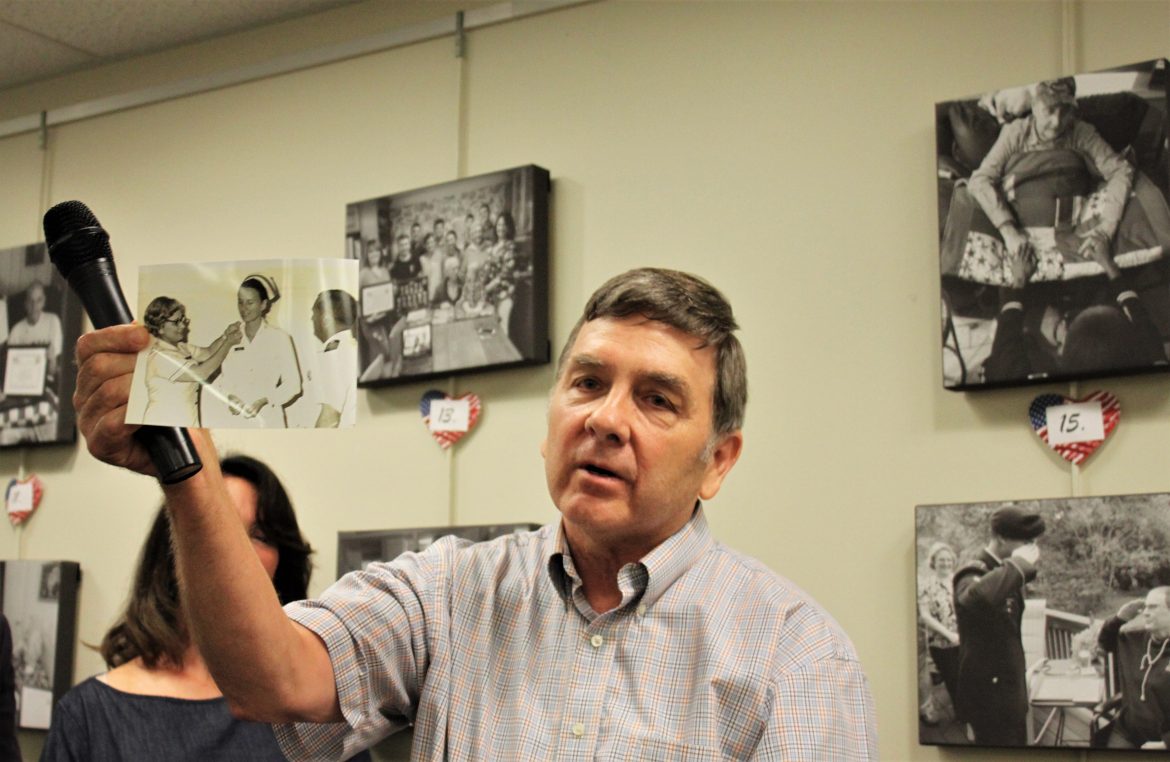 Timothy McClay of Severna Park holds up a photo of his wife, the late ret. Navy Capt. Laura McClay as a young nurse being commissioned into the Navy Nurse Corps during Vietnam. His love for her was evident when he looked at the photo and then remarked, “She’s hot!” 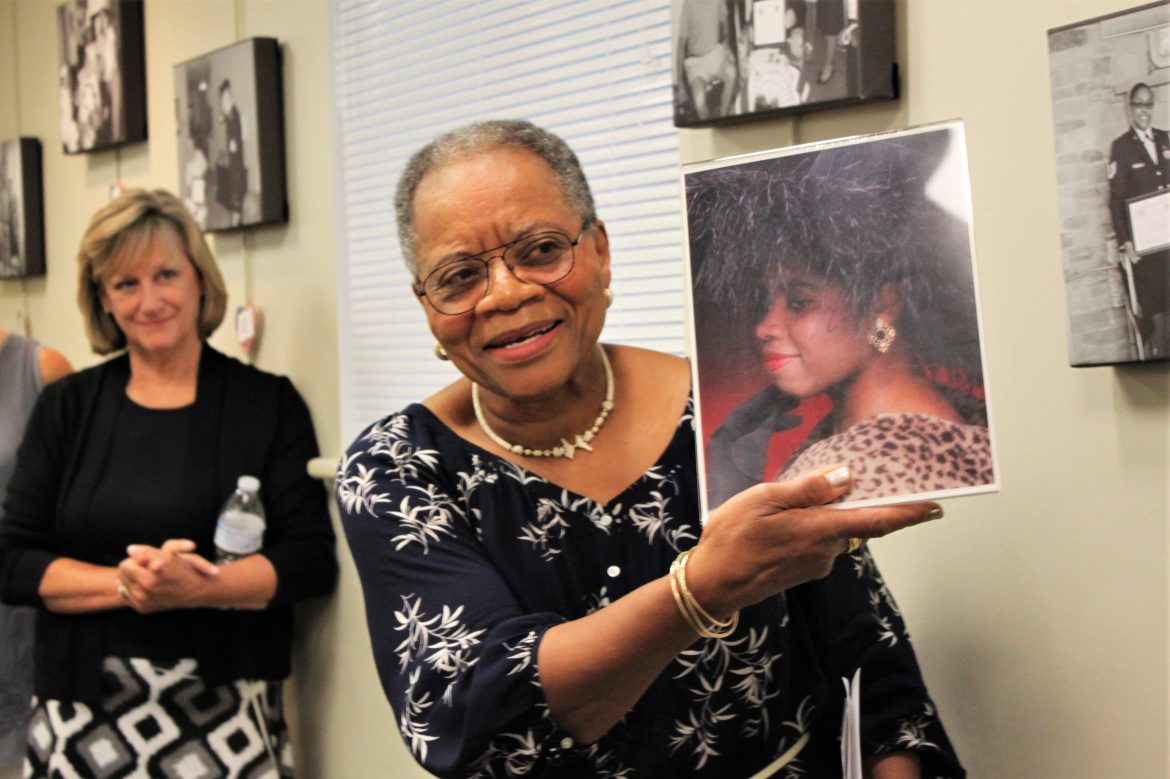 Margaret Gill of Arlington, Va., spoke on behalf of her daughter, the late Air Force Maj. Andrea Gill, who served from 1988 to 2008. She shared several photos with her daughter,