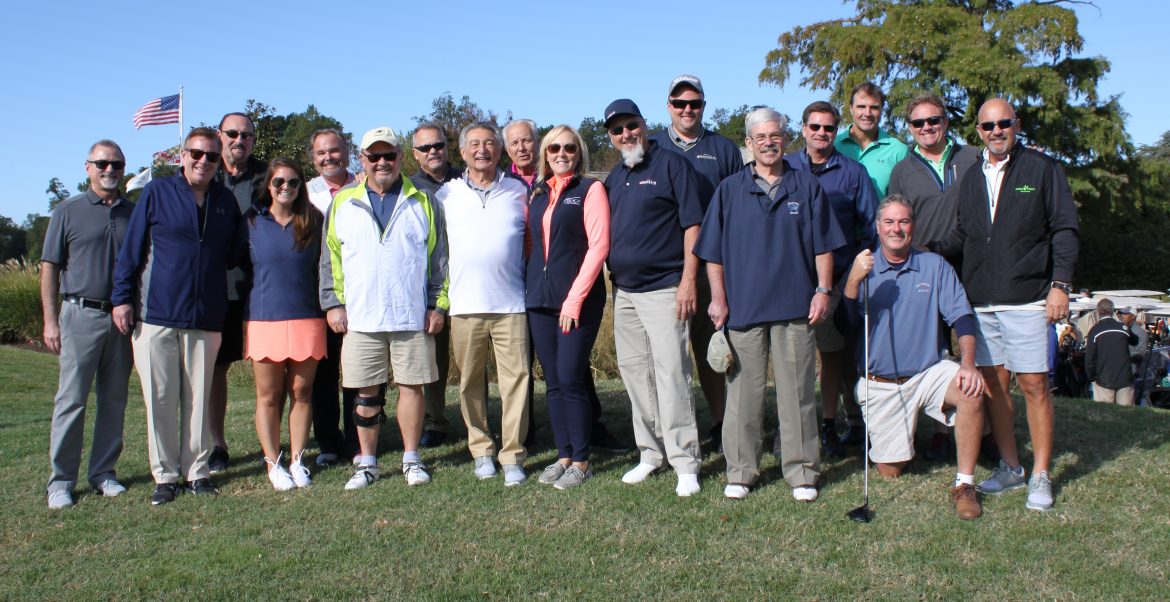 Hospice of the Chesapeake’s 2019 Golf Committee stands on a knoll near the clubhouse before the start of the tournament.

Each year, Hospice of the Chesapeake wonders if the committee guiding its annual Golf Tournament can outdo itself. Each year, the committee responds by smashing fundraising records and adding features to make the tournament a must-play event.

This year was no exception. A long list of sponsors and more than 240 golfers helped raise more than $165,000 for the nonprofit that serves Anne Arundel and Prince George’s counties, $22,000 more than last year.

No doubt the venue and a day filled with food, drinks and giveaways helped to make the day another record breaker. Held Oct. 10 at Queenstown Harbor Golf Course, the tournament offered foursomes goodie bags brimming with gifts and hospitality that began with an omelet bar in the morning, oysters and shrimp with grilled lunch at the turn and an awards banquet to cap off the day. An added feature this year was a pop-up pro-shop where golfers can choose gifts to add to their goodie bags.

The presenting sponsors were First National Bank and All Green Management, Inc., with co-sponsors Carpet and Wood Floor Liquidators and Ken Stanley. 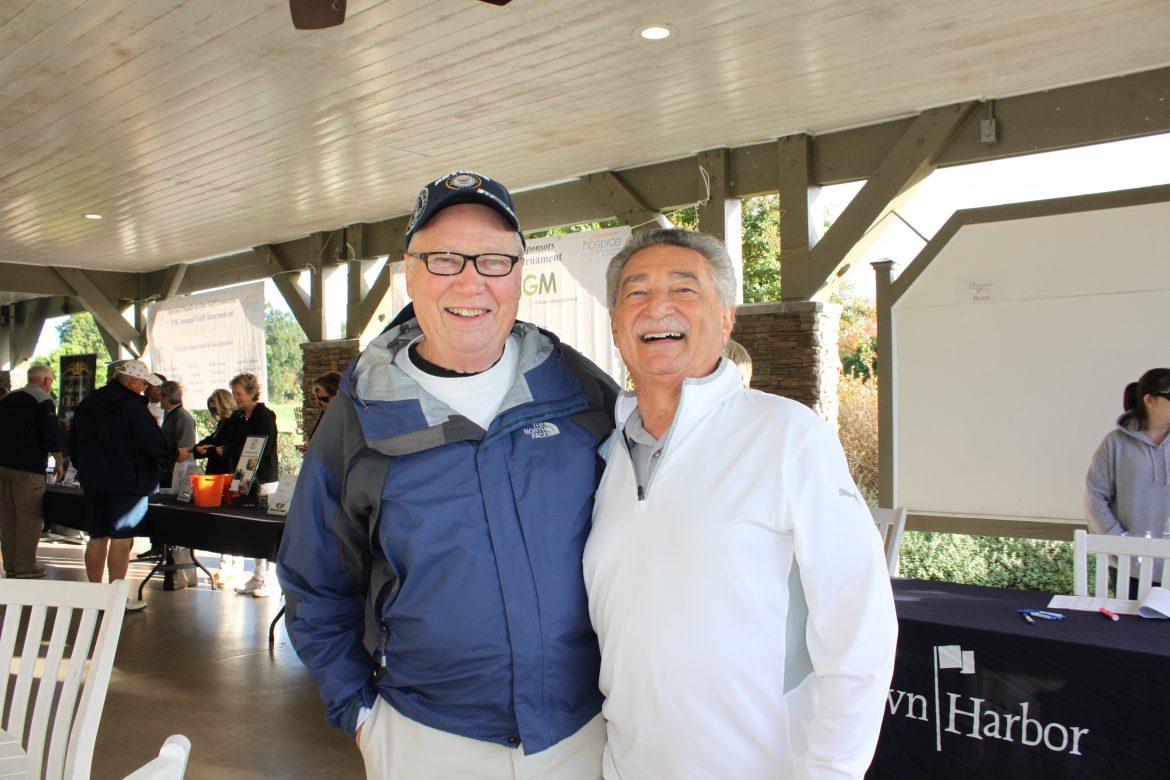 Hospice of the Chesapeake volunteer Paul Mullenhoff of Bowie and Golf Committee Co-Chair Lou Zagarino of Arnold meet up during registration for the 17th annual Golf Tournament. 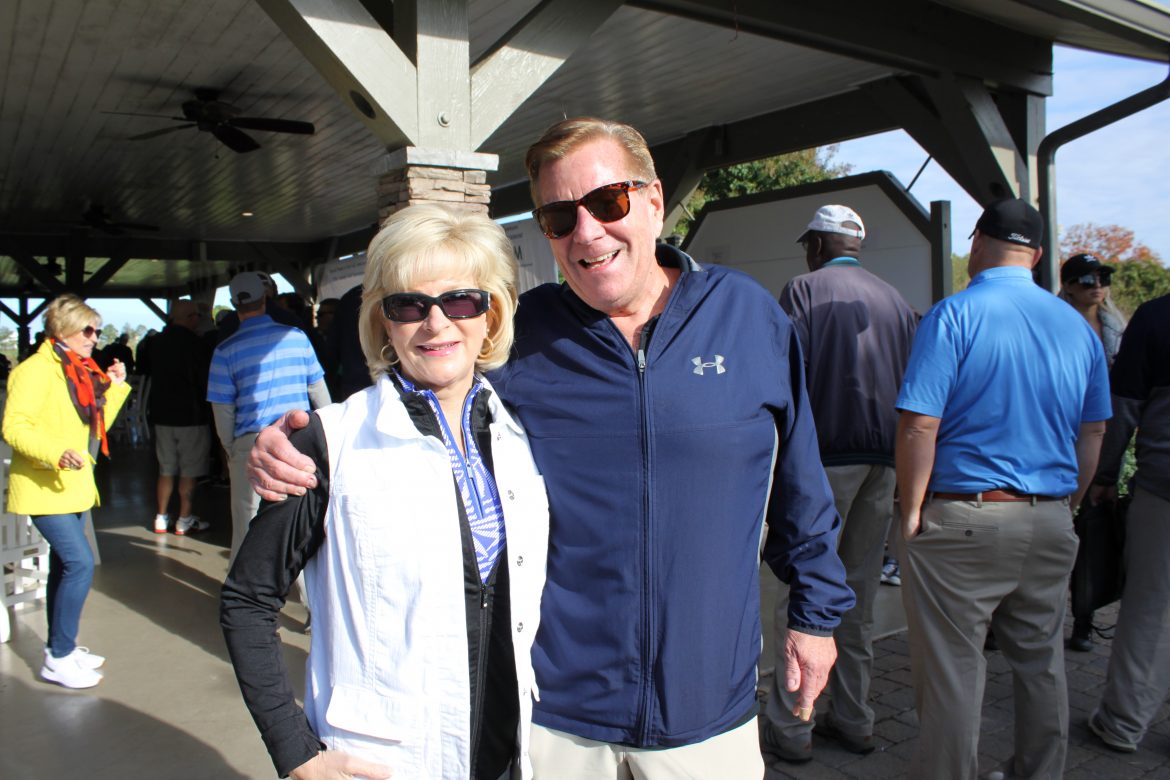 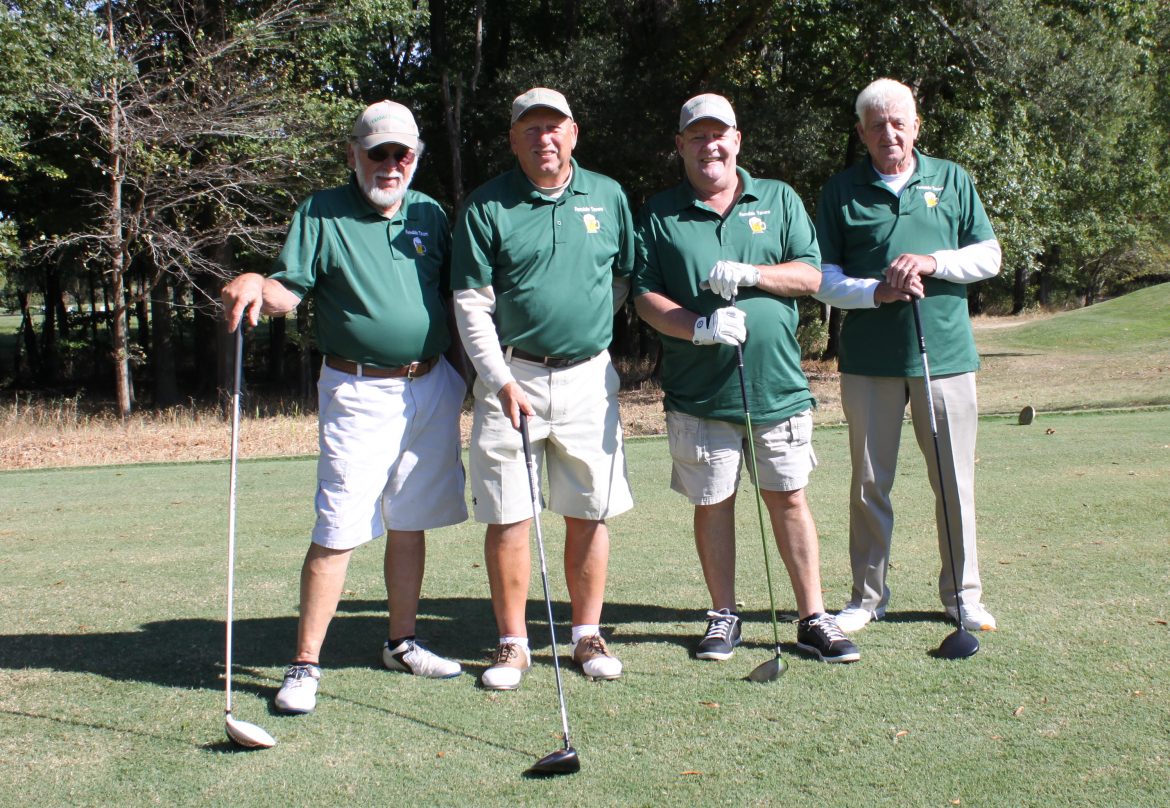 The team representing the Ferndale Tavern poses after teeing off during the 17th annual Golf Tournament.