On Saturday, October 8, Saks Fifth Avenue Chevy Chase hosted an event in celebration of World Hospice and Palliative Care Day. “Glow: More than a Runway” raised awareness to the burden of grief around the world while also raising $230,000 for Hospice of the Chesapeake.  The evening started with cocktails before guests took their seats along the runway for a fashion show featuring fall looks from top designers including Alexander McQueen, Brunello Cucinelli, Saint Laurent, Michael Kors, Oscar De La Renta and more.

Following the fashion show guests attended a reception where tables were adorned with flowers and gold accents as well as welcomed by South African wines from Rustenberg Wines in the Western Cape.

“This first of its kind event focuses on community which is the core of everything we do,” Brady said. “That includes tonight’s event, with attendees and participants from many walks of life joining together to bring attention and awareness to the needs around the world of those living with advanced illness and loss.”  Brady also announced a portion of the evening’s proceeds would be shared with Hospice of the Chesapeake’s sister hospice in sub-Saharan Africa, Brits Hartbeespoort Hospice.

This glamorous fundraiser came together thanks to the dedication of a committee that includes leaders of fashion, healthcare, business, philanthropy, and the diplomatic corps, including honorary co-chairs Dame Karen E. Pierce, Ambassador of The United Kingdom, and Ambassador Mfeketo.   “So many of us all over the world have lost a loved one during the pandemic,” Dr. Connor said. “It’s important for patients and families of those suffering from all types of serious illness to know that they are not alone. Glow will showcase that resources to care for you during the times of your life when you are most in need are available.”

Hospice of the Chesapeake has grown and expanded over its 43 years to care for people living with life-limiting illness and their families in Anne Arundel, Calvert, Charles, and Prince George’s counties. For more information about care provided, visit hospicechesapeake.org. 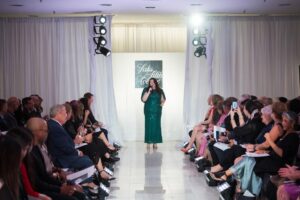 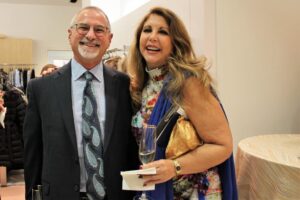 Ben Marcantonio, COO and interim CEO of the National Hospice and Palliative Care Organization shares a laugh with Dr. Maria Colucciello during the cocktail hour. Photo by Elyzabeth Marcussen 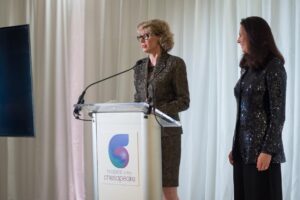 Glow Committee Co-Chairs, from left, Patricia Trudeau and Gretchen Cusack, share the mission of the event with guests. Photo by Mike B. Photography 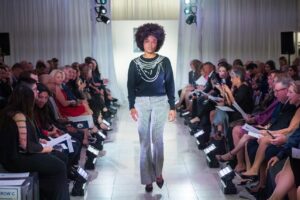 A model walks the runway at the Glow: More than a Runway event. Photo by Mike B. Photography 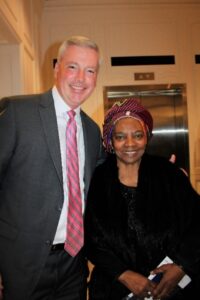 Hospice of the Chesapeake CEO Michael Brady and Ambassador of The Republic of South Africa Nomaindiya C. Mfeketo. Photo by Elyzabeth Marcussen

Workshops will help grievers of all ages cope during the holidays
Gala returns to Live! Hotel and Casino in April 2023