Volunteers, team members hear from author about the purpose-driven death of her father 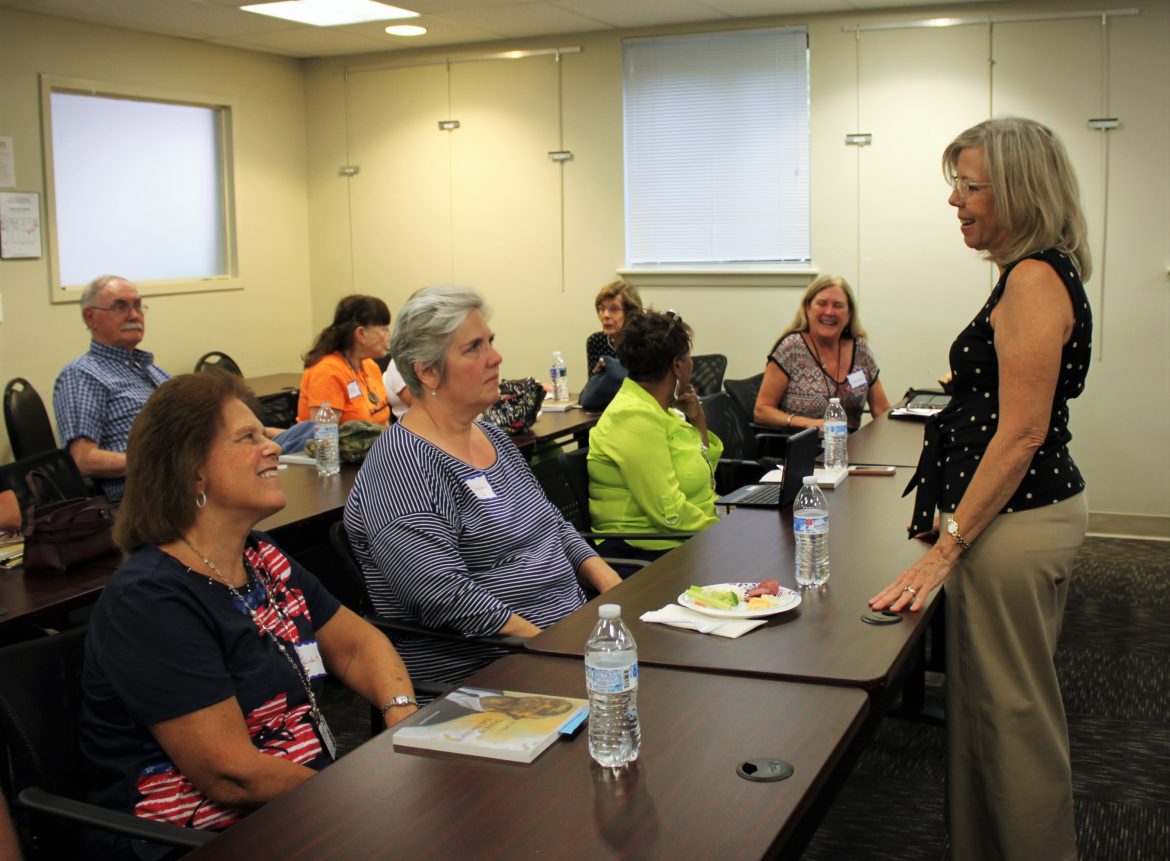 Author Nancy Herzog Walker, right, talks with Hospice of the Chesapeake volunteers attending a discussion of her book, “100 Days: Dying to Tell His Story.”

Nancy Herzog Walker said several times throughout the evening that she is not a writer. Yet, there in her hand was a book, with her name on it. It begged an explanation. To many of the 40 or so Hospice of the Chesapeake volunteers and team members attending the discussion of her book, “100 Days: Dying to Tell His Story,” how Walker became an author is filled with a mission they share – bringing honor, dignity and purpose to the sacred time of death and dying.

Walker was on the nonprofit’s John & Cathy Belcher Campus on the evening of Aug. 22 with her mother, Patricia Schutt Herzog Poffel, to talk about the book she wrote about the last 100 days in the life of her father, the late Rev. Robert D. Herzog. An Episcopal priest for 44 years, Walker said his purpose in life was to minister, teach, and share about death as a way to prepare for the ultimate experience we all will have. It started with one of his first commissions: He was a chaplain at Arlington National Cemetery, one of his duties was to hand the folded American flag to the family. Later in life, he served as a hospice chaplain and was a co-founder of the William Wendt Center for Loss and Healing.

It was more than his vocation. For Herzog, talking about death and preparing for it was something he enthusiastically shared with his family and friends. “He lived his faith out loud,” Walker said. When he learned cancer would take his life in a few months in 2008, he easily transitioned to preparing for his own life before, during and after his death. With his family around him, he planned and even rehearsed his funeral and helped to write the program to the point that all that needed to be added was the day he died. He asked his son, Robert Jr., to create the urn that would hold his ashes, which he was lovingly able to receive and share the moment with his son before he died.

“He allowed us all to be present, vulnerable, and honest with him which helped us all to be less afraid and to appreciate the many gifts and blessings of the dying time.”

Walker said that when people talk about death in everyday conversation, it makes everyone feel a little more comfortable when the time comes for them to deal with it personally.  She said her father’s passion for understanding and sharing about death and dying helped her family through a difficult time. “He allowed us all to be present, vulnerable, and honest with him which helped us all to be less afraid and to appreciate the many gifts and blessings of the dying time,” she said. “He lived what he believed and died the way he lived. It was natural and peaceful and filled with sacred experiences that have forever changed our family.”

A lifelong Episcopalian, Walker lives a life guided by faith. Her father’s legacy as an end-of-life advocate was crafted from the magnificent way he lived his final days and she knew the story of her family’s experience could help others. But, as she said before, “I am not a writer. I turned the whole project over to God.” 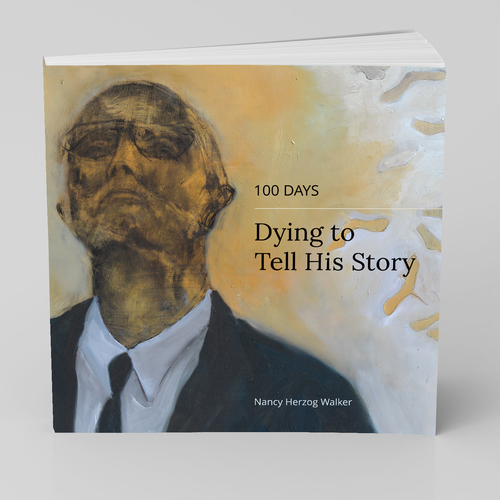 Like all her siblings, and her father, Walker is an artist. For her, visuals speak as loud as words, and it shows throughout the book that is thoughtfully designed to include family photos, scripture, notes from her father’s medical journal and art to illustrate each of the 100 vignettes she tells of her father’s journey. It includes interactions with his medical team, including Hospice of the Chesapeake professionals, to which the book acknowledges with deep appreciation for its “compassion and loving care.”

Walker hopes the book, with its raw truths and loving stories, is an invitation for people to prepare for and talk about death for the normal thing that it is. “So many people have shared that no one invites them to talk about it,” she said. Since she has published the book, she has heard so many stories.

For more about Walker, and to order copies of her book, visit www.nancyherzogwalker.com.