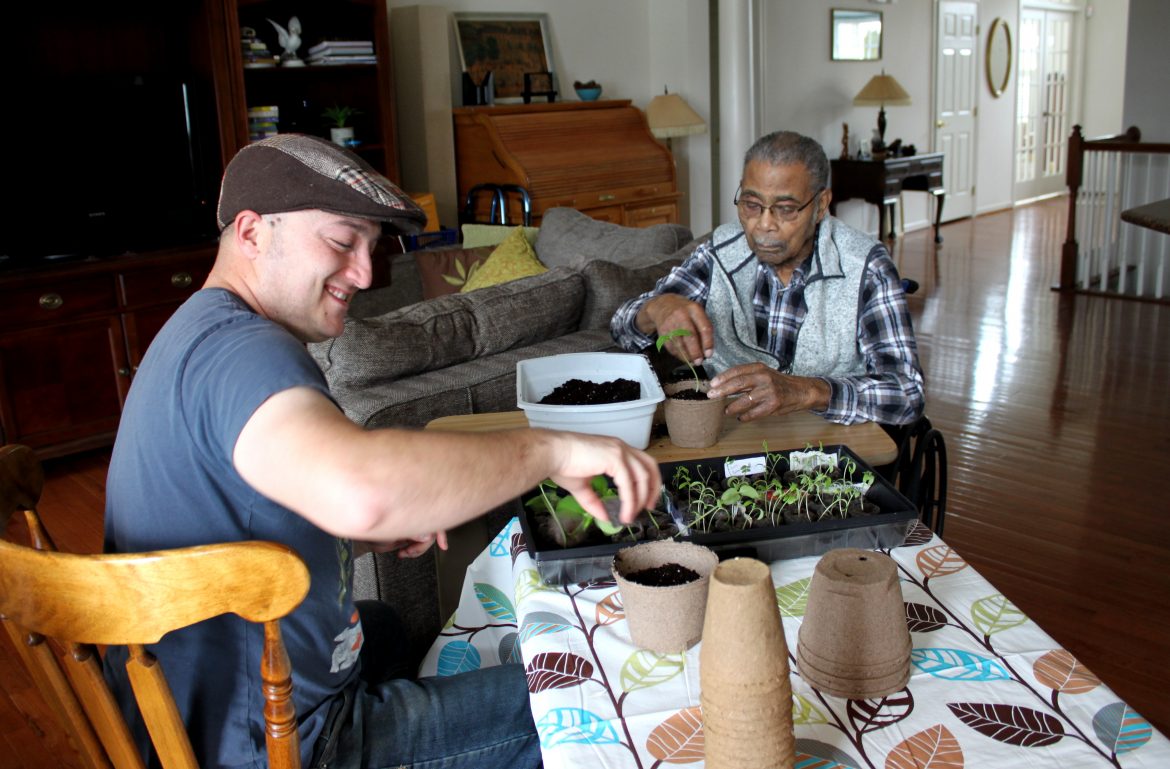 The program that brought Army Veteran Charles DeBarber to Hospice of the Chesapeake was the Honor Salute. As of this writing, he has yet to go on one.

After completing the training and reviewing a listing of volunteer needs, he noticed an Army Veteran with an unfulfilled request for a Veteran-to-Veteran Volunteer. His mission suddenly changed. ‘Too many Veterans are dying without getting a hospice volunteer. And I just can’t stand for that. All of us Veterans, we are truly the only ones we can ever depend on,” DeBarber said. “I just knew it was needed.”

That is how DeBarber, a married cyber intelligence analyst with three school-aged sons, began an unexpected friendship with Al Sherard, a 93-year-old retired Army Veteran who served in Vietnam.

At first, he was a little nervous about spending time with a nonagenarian hospice patient.

“I initially thought that what am I going to have in common with someone who is almost a century old?” But it didn’t take long to discover that besides having the Army in common, the two shared a love of gardening and of nature. “Even at his age he is a Carolina country boy. I’m from backwater northeast Ohio, which is a little different, but we both spent our childhoods out in the woods.”

The ease of talking about farming and urban gardening and family would eventually lead to some talk about his service, but DeBarber said he didn’t share much about it. But he doesn’t contribute that to any shame or angst, but rather a hallmark of his generation being defined by humility.

“I was so surprised about the depth of his career. (An African-American), he signed up just a year after the Army desegregated, served in Vietnam, he did his full 20. He didn’t brag or bring it up. But, he definitely was a trailblazer,” DeBarber said. “I am only seeing fibers of a giant quilt. The pieces I am seeing are very amazing.”

It can be surprising how easy it can be to fit in Veteran-to-Veteran volunteering into even the busiest of lives. He plans his visits for a few hours a week, usually on Monday. On a recent visit he brought ducklings that hatched at his community farm, and brought potting materials for the seedlings the two had planted a few weeks earlier.

“His daughter (Winette Sherard) swears that things have had a good turn for him ever since we started his visits. He gets to reclaim a part of himself he hasn’t been for a while,” DeBarber said.

The time he has shared with Sherard has been some of the most rewarding work he has ever done, exceeding all his expectations. “Not only would I recommend it, I believe to some extent is our duty. We should always have each other’s back,” he said. “It doesn’t end when you hang up the uniform. I’m a soldier until the day I die.”