We Honor Veterans: Honor through a window or a smart phone 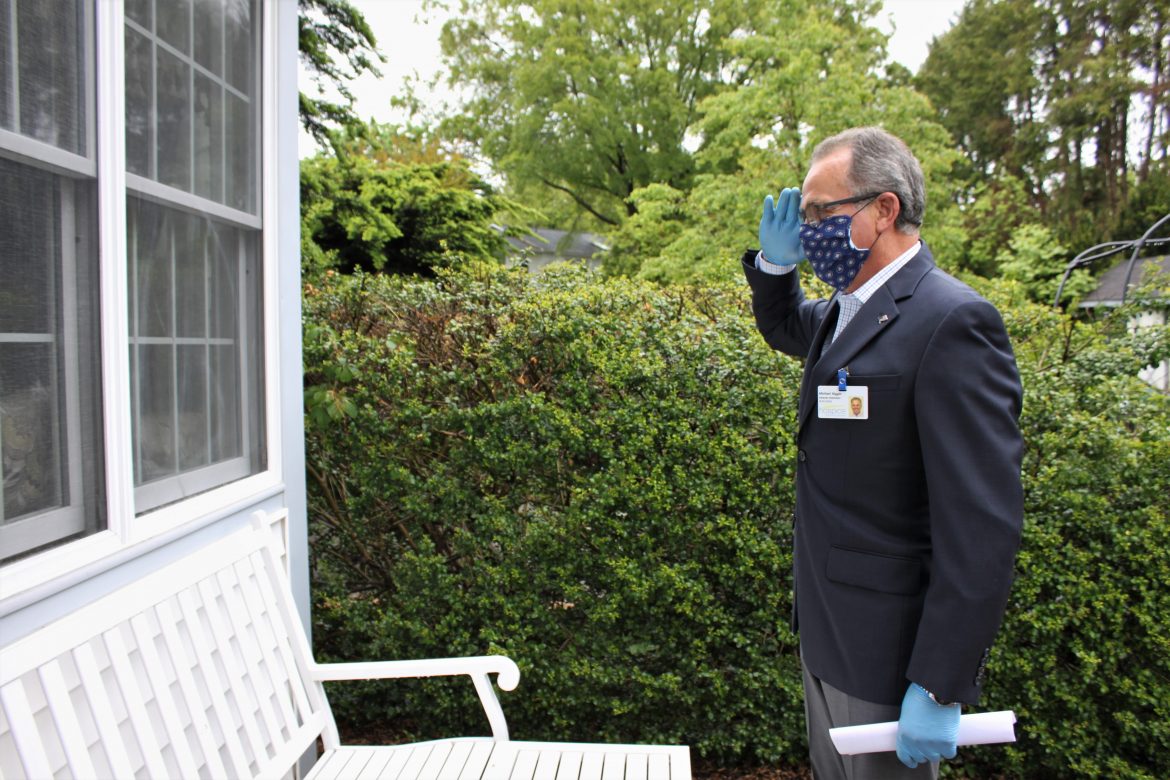 Usually when someone shows up to your patio door wearing a mask and gloves, you would not be inclined to answer it. But Barbara Hoffman was expecting the visit, and warmly invited Marine Corps Veteran Mike Riggin to come inside. He apologized as he stood firm at the threshold of the door, explaining that he needed to keep six feet away. He was there to deliver an important package filled with a handmade patriotic quilt, certificate of appreciation, American flag pin and children’s Thank You cards — the gifts that come with each Hospice of the Chesapeake honor salute.

Riggin has been active with our We Honor Veterans program for several years and really enjoys participating in honor salutes. He said it has been incredibly hard to not walk in, give a hug and then offer his deepest admiration to the Veteran. But during this delivery, the Veteran, Charlie Hoffman, happened to be on a couch by the patio window. As Barbara pinned the American flag to Charlie’s shirt, Riggin stood in salute. He said through his mask, “I wish I had worn my uniform” as Charlie waved through the window. Later, Barbara played a video message of gratitude sent by one of several active duty Volunteers, thanking Charlie for his service and offering a final salute. 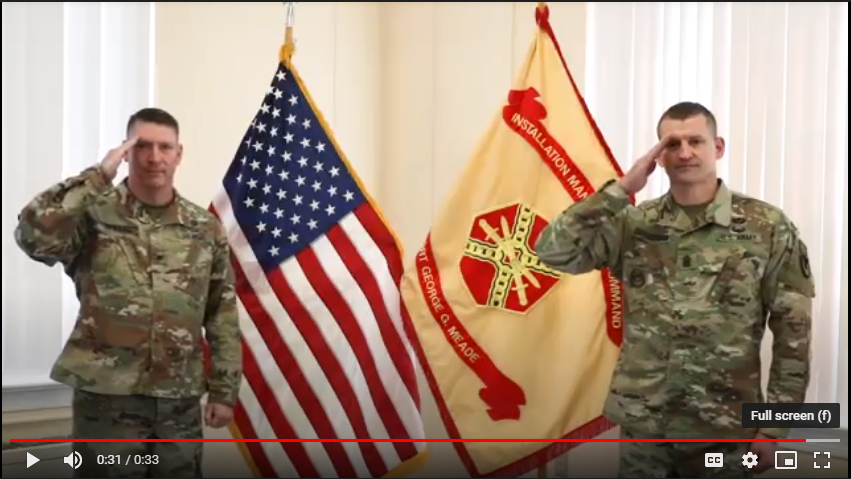 Chris Wilson, Director of Advancement and Volunteer Services, said one of our care goals is that each Veteran we care for receives an honor salute. “It is one of the most meaningful experiences we are able to fulfill, not only for the Veterans, but for their families, too,” she said. The team knew there had to be a way to consistently honor Veterans and simultaneously adhere to all the coronavirus restrictions. It was not long before the virtual salute became a reality. Since we started offering them in late March and through the end of June, we have performed 115 salutes.

If delivering an honor salute kit to a family is something you think you would like to do, send our team an email at volunteers@hospicechesapeake.org.

Palliative care is supportive care
Resilience, strength and emergence through the phases of the pandemic